You are here: Home / Medical Cost Containment / Aggravation Vs Exacerbation In Workers’ Compensation

Confusion in worker’s compensation costs money. Hello. My name is Michael Stack and I’m the CEO of Amaxx. And that idea that confused, no worker’s comp costs money is very true. And one of those areas that causes a lot of confusion is this idea of aggravation versus exacerbation. And what’s the difference kind of what’s the difference between those two very similar sounding words, but a big difference in impact and costs for a claim. If there’s confusion between the two, obviously it’s going to cost us more than we need to, and that’s not what we’re looking for. So the definition of both of them is very similar. It’s the worsening of an existing condition.

Difference Between Aggravation And Exacerbation

Let’s say there is an injured worker, Tom Smith. Tom has an existing kind of back condition. And let’s say on a scale of one to a hundred, obviously it doesn’t get this specific, but just for the sake of example, let’s say Tom came in with his existing back condition.He’s about an 81, roughly out of a hundred and he gets injured. And so that makes it worse. And so let’s, he brings it down to let’s say a 73. So the injury brings him down as his condition back to a 73. Now his condition has gotten worse, so it’s gotten worse. So that’s going to fall into the category of either one of these terms, which is why they’re so confusing. Exacerbation means however, though, that this is a temporary worsening of this condition. So it’s just temporary. He’s down to 73, he gets a rehab, get some treatment, he’s back up to 81 where he was originally it’s back up to his baseline where he was originally aggravation. On the other hand, let’s say he goes down to let’s use the same one or gets a little bit worse. So let’s say he’s comes down to actually 70, but that’s a permanent, that’s a permanent worsening of that condition with rehab, with treatment, et cetera, maybe the best he can do is, you know, get up to, you know, 74 or whatever the number happens to be. But then he’s permanently at this number three, he’s permanently at this number. So that’s the difference.

This claim is typically in the state laws are going to vary significantly on this. So check your local states, the states you’re operating in, or the state, your customers operating in a lot of sentence. This is not a compensable claim. A lot of times this is a compensable claim, but again, the state laws are going to vary widely on that. And this is also going to vary by how much of an aggravation in some states it’s as low as 1% or 3% in some states it’s a higher limit. So definitely check your state laws as far as what this means in how this terminology is applied within your claims. But if you get confused between the two, it can cost a lot of extra money. And let me give you one more little quick tip here, as far as how to remember these, this is how I do it.

Tips To Help You Remember

Hopefully it can help you remember, this is how I remember, and hopefully it can help you remember it. I use this little word association, so AP, and so I think of AP like, like in high school, AP calculus, AP chemistry, you know, whatever it was AP is how I remember aggravation permanent E T like ETA home phone, home, the extra terrestrial, very famous movie ITI for exacerbation temporary little tip to help you remember again, my name is Michael Stack them CEO of Amaxx. Remember your work today in workers’ compensation can have a dramatic impact on your company’s bottom line, but it will have a dramatic impact on someone’s life. So be great. 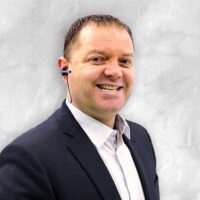 Author Michael Stack, CEO Amaxx LLC. He is an expert in workers’ compensation cost containment systems and helps employers reduce their workers’ comp costs by 20% to 50%. He works as a consultant to large and mid-market clients, is a co-author of Your Ultimate Guide To Mastering Workers Comp Costs, a comprehensive step-by-step manual of cost containment strategies based on hands-on field experience, and is the founder & lead trainer of Amaxx Workers’ Comp Training Center, which offers the Certified Master of Workers’ Compensation national designation.

Long COVID in Workers Compensation: A First Look
Carefully Review ‘Ability to Work’ Reports
Paradigm Named to 2022 Best Workplaces in Health Care™ List by Great Place to Work® and Fortune
Use a Medical Director to Reduce Workers’ Compensation Costs
Reduce Work Comp Costs Through Effective Medical Care
‘Patient-Driven’ Approach Promotes Focus on Injured Workers’ Behavioral Health to Improve Outcomes
When to NOT Use Nurse Case Management in Work Comp
Know The Difference Between Sprain & Strain To Save Work Comp Dollars
Whole-Person Care, Real Results: The Impact of Behavioral Health Expertise, from Injury to Recovery
Use Effective Rehab Tools to Get Employees Back to Work
The Doctor Will See You: Using Treatment Parameters in Work Comp
Get the Best from an Independent Medical Examination