For one Washington State mother-daughter team, they proved not to be smarter than the law.

According to authorities, two Mount Vernon-area women, who provided interpretation services for Spanish-speaking injured workers, must repay the state thousands of dollars from a false billing scam.

Gloria Mendoza Garcia, 46, and her daughter, Gloria Del Rocio Gonzalez, 31, were each sentenced recently to 30 days in jail, but allowed to serve the time on electronic home monitoring, according to the Washington Attorney General’s Office.

The mother and daughter lived in separate homes and ran separate businesses in the Mount Vernon area, interpreting for Spanish-speaking injured workers at medical appointments. The women were L&I’s top billers for interpreter mileage reimbursement.

L&I pays for interpretation and interpreters’ mileage as part of worker injury claims. In 2013, nearly half of all investigations into L&I service providers focused on interpreters.

“Interpreters serve an important role when Spanish-speaking employees are hurt on the job,” said Elizabeth Smith, assistant director of L&I Fraud Prevention and Labor Standards, “but committing fraud and taking advantage of vulnerable injured workers is unacceptable. Abuses like this are bad for all of us and can result in higher workers’ comp costs for employers and employees alike.”

According to charging papers, Mendoza Garcia often charged L&I for more than 500 miles — and sometimes more than 800 miles — in the same day. She claimed in her mileage bills that she started her trips from the address of a Seattle sports clinic. Though she told L&I investigators she had appointments there, clinic staff told investigators they didn’t recognize her.

In Del Rocio Gonzalez’s mileage bills, the daughter claimed to start her trips from Marysville, more than 30 miles away from her home, charging papers said. She told investigators that the Marysville address, where she lived four years earlier, was on a billing template in her iPad, and she never changed it.

L&I fraud investigators discovered the irregularities while checking to see which interpreters were billing the agency the most for mileage in 2012. 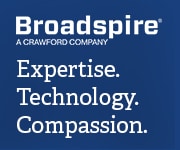 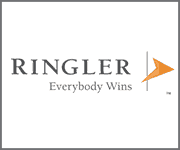